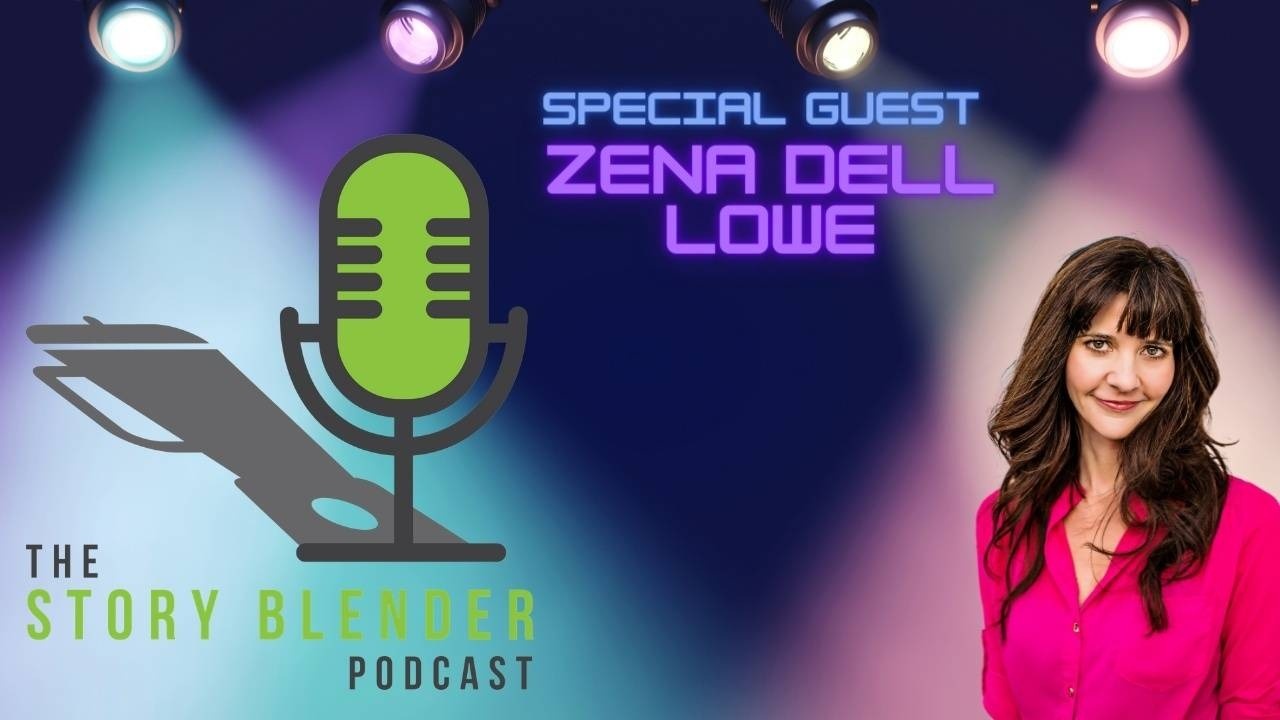 The Storyteller's Mission
LISTEN to Zena's Interview with Steven James as a Guest on The Story Blender Podcast
51:42

Zena Dell Lowe was honored to be a returning guest on The Story Blender podcast, a show where award-winning writer Steven James interviews some of the world’s top storytellers on the secrets to great storytelling. Some previous guests include international bestselling authors George R.R. Martin, Steve Berry, Meg Gardiner, Jeffery Deaver, Sue Grafton, MJ Rose, and comedian Bob Stromberg among others.

Listen to Steven and Zena discuss some important topics for writers, including the most important component of storytelling overall, as well as issues like how to tell the truth without violating your audience, or what makes heroes heroic and more.

You're guaranteed to learn something new and interesting as these two dive into the subject of storytelling. Listen to the full episode here!

About Steven James and The Story Blender Podcast

Episodes of The Story Blender air every Friday on their website at www.thestoryblender.com. Conversations usually run between 45 minutes to an hour, so it’s a great chance to hear some great storytelling secrets.

Steven James is the critically-acclaimed author of seventeen novels. He is a contributing editor to Writer’s Digest Magazine and is the author of the groundbreaking book Story Trumps Structure as well as the award-winning guidebook used by thousands of novelists, Troubleshooting Your Novel. Publishers Weekly calls him “[a] master storyteller at the peak of his game.” When he’s not working on his next novel, Steven teaches Novel Writing Intensive retreats across the country with New York Times bestselling author Robert Dugoni. Steven’s latest book is a near-future sci-fi thriller called Synapse.