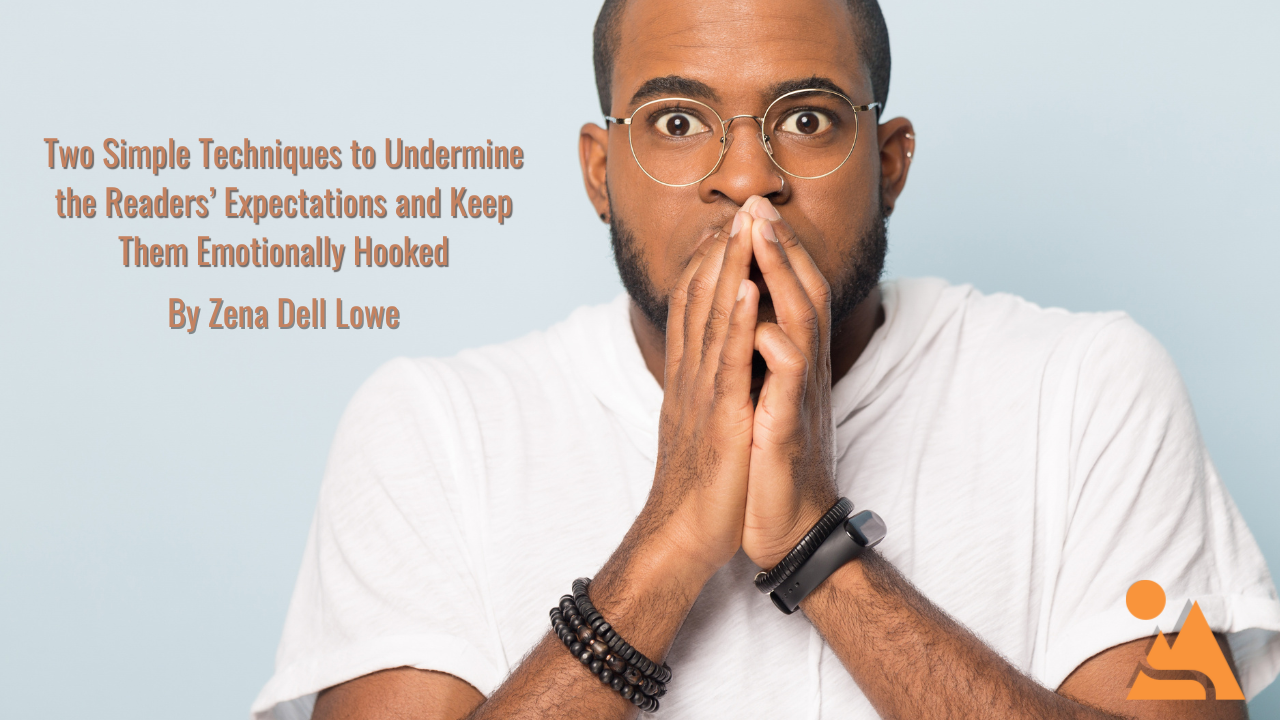 The essence of story is that the plot unfolds because of the choices a character makes under pressure to achieve a particular goal. Without a primary objective, there is no story, because everything that happens in that story must be connected to the main character’s goal and his relentless pursuit of it. And as the story unfolds, your character will inevitably start to piece things together. They’ll start to see a way for them to actually accomplish their goal. A plan will form in their minds; they’ll know exactly what they need to do to make it all come together.

And this is when you need to pull the rug out from under them… if you want to keep your audience interested and emotionally invested in their journey, anyway. Consider these three principles.

The question is: how do we deliver an unpredictable, delightful ending to a story that surprises the audience but also satisfies their expectations in a way they couldn’t have seen coming?

You start by messing with your character and generally making their lives miserable, and this can be achieved in two simple, relatable way.

Remember, as the person driving the action of your story, your main character should be aware of the danger he faces, which means he ought to take adequate steps to mitigate that danger. This means acquiring weapons, knowledge, allies, skills, information, or any other resources that might possibly give him an advantage. But above all else, it means formulating a plan. Your character’s best chance at achieving his goal or defeating the bad guy or becoming the hero he was always meant to be hinges on this one step. He must be able to come up with a reasonable and intelligent plan.

Your character must plan. He must strategize. He must try to anticipate the threats he will face, and somehow determine a way to overcome those challenges. Sometimes, of course, things happen quickly, which leaves the character with little time to strategize. Nevertheless, he must utilize any available time he’s given to organize a plan of attack.

This is especially true if the character has ample time to plan ahead. If he has time, he must take it. Otherwise, we will think him a fool. I mean, this is straight up out of the Bible, folks: “A wise man sees danger ahead and avoids it, but a fool keeps on going and suffers for it.” Any character who wings it when they could have planned ahead deserves nothing but scorn. We simply cannot respect a character who improvises when they could have gone in prepared. We will see his ill-preparation as idiocy, and we will hate him for it (which you probably want to avoid).

Instead, have your character take advantage of whatever time he has by concocting a solid, well-thought-out strategy in advance. He concocts the best possible plan that he can, making provision for every possible contingency. He tries to predict any possible problem, and then he goes into battle, confident that he's thought of every conceivable scenario in advance. And that’s when things go to hell.

In the poem “To a Mouse” by Robert Burns, he states, “The best laid schemes of mice and men often go askew.” In other words, even the most carefully made plans sometimes go wrong. In the case of your story, though your main character needs to have done his due diligence, nothing goes according to plan. Everything falls apart. The whole thing is haywire. And once again, your character is forced to improvise, to use his wits, to rely on nothing but himself. But this time we will respect it because he did everything in his power to prepare for this battle in advance. But things still go to hell, and now he must think fast under pressure and make hard choices, which reveal his true character.

And by the way, whatever goes wrong at this stage can't be your character’s fault. Maybe he feels responsible, maybe he feels like he should have seen it coming, but at the end of the day, it should be beyond the limits of his power. There should be no way for him to have predicted whatever it was that happened to blow it all up. Let him blame himself, but ultimately, it must be due to factors that were far beyond his control. It simply cannot be his fault, or the result of a bad plan, because that would make it his fault, which would make him an idiot.

CONCLUSION: The point of all of this, of course, is that when you give your character a well-thought-out plan and then you blow it up in ways he never saw coming, well, guess what? If you do it right, your audience won’t see it coming, either. In other words, when you blind side your character, you have a better chance of surprising your audience. And since you, as the writer, will have to write your character out of that impossible situation, even YOU won’t be able to predict how it will all work out. You’ll get to discover the solutions right alongside your character. This is scary. I won’t deny it. It’s terrifying as a writer to give up that kind of control. But if you do, I promise you, that’s when the magic happens. Whatever your predictable, banal, trite solution was going to be, now you’ll tap into the magic you never saw coming, and you’ll end up being just as delighted and surprised as your readers.