Creating Heroes: Ten Ways to Reveal the Heroic Qualities of your Character in Story - Part 2 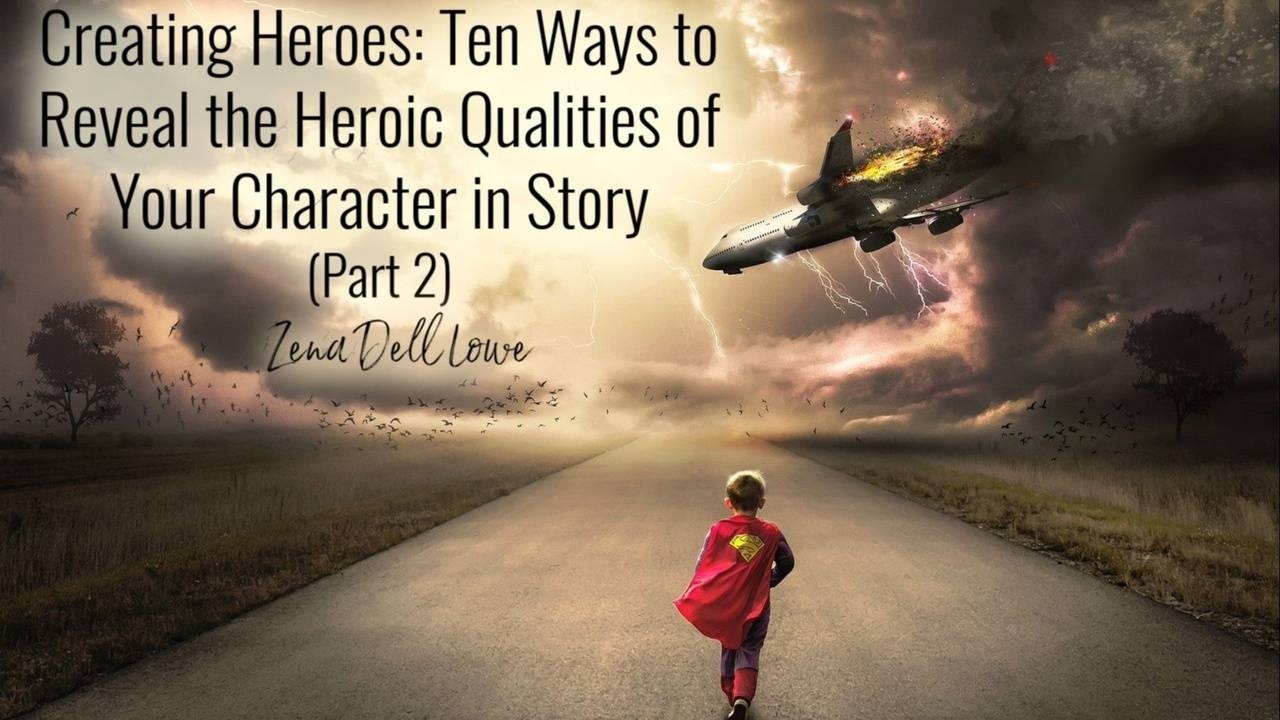 In part 1 of this blog post, we discussed the first five things that you can do as a writer to help reveal the character qualities that a true hero must possess. Today, we’ll discuss the final five.

For your main character to win, there must be a price, a personal cost to be paid. We've seen this over and over again with various characters. They have to be willing to make the hard sacrifice in order to win. Otherwise, nothing was risked. Nothing was at stake. There was no choice to be made. And their victory at the end has no value. In order for the victory to mean something, it needs to have cost them something of value and importance.

I don’t mean in a single moment. I mean, at their core, they are a person who possesses mercy or compassion. Empathy. In fact, empathy is perhaps the most noble character trait of all. Without it, we would never experience anything good, such as mercy, forgiveness, or grace. You need to show that your heroic character possesses this quality in their soul. Of course, there are a variety of ways to accomplish this, but in essence, you need to SHOW us. We need to see them act compassionately towards somebody that would otherwise be deemed lesser than them or below them in the pecking order. Perhaps somebody over whom they have power, or someone society at large has discarded. This is a very important character quality to reveal for any hero. Any character who treats someone who is an underling with gentle kindness and respect, inevitably displays that they indeed deserve to pick up the mantel of “Hero”.

What I mean by that is, you need to up the stakes. Whatever it is that they're after, everything depends on it. It needs to matter to them, personally, but it also needs to matter to the audience. We need to feel like it's important that they accomplish whatever it is they're pursuing. Otherwise, what’s the point of the story? If it doesn't matter to us, the story itself doesn't matter. To help with this, make sure, as we ramp up to the climax, that we see the importance of the mission in terms of the character’s ultimate fate. For example, if they fail, we know they will be “die,” one way or the other. It may not be literal death. Perhaps it’s a spiritual or relational death. Whatever the case, it is truly do or die. It's all or nothing. They either win or all is lost. There is no room for half measures. The fate of everything comes down to this moment and there will never be another chance for your character to win.

There's nothing worse, in real life, or in story, when a character denies blame, justifies wrong-doing, tries to blame someone else, or minimizes the harm he or she has caused.  Anyone who refuses to admit to their failures cannot be a truly heroic character. Along with empathy, one of the most important characteristics of a person who is worthy of respect is that they own their mistakes. They feel bad, but not just bad, they’re repentant in their spirit. This means that they're truly remorseful, which means that they’ve “turned away” from whatever wrong beliefs or wrong actions caused them to fail in the first place. They're absolutely committed to not repeat those mistakes in the future and they can recognize and acknowledge how badly they messed up. They might even be haunted by their prior failures, which makes them all the more determined to atone for those mistakes by not making it ever again. Which, of course, may or may not be possible, depending on what the true lesson is that they need to learn.

Whatever it is that your character is facing, they need to truly fear. It might be because their very life is at stake, or perhaps it's the lives of others that could be lost if they fail. Whatever it is, however, there is no courage without fear. And whether you choose for them to hide it from the other characters in the story or not, we, the audience, need to see that they are truly afraid. That way, when we see them face their dilemma anyway, it not only makes your character more noble, but also more sympathetic and worthy of our devotion. So if you want your audience to fall in love with your hero, show us that he is afraid. It makes your character instantly accessible, likeable and sympathetic, and your audience will be emotionally invested in the outcome.

There is so much more I could say about each of these items since we’ve only just begun to scratch the surface However, hopefully these points incite your imagination and help you see how these traits might be able to be portrayed to heroic effect. Bottom line, if you want to construct heroic characters that your audience will be attracted to and feel emotionally invested in for the duration of the story, these are some of the primary characteristics you should strive to display over the course of the telling. Good luck!

For more tips like this, check out The Storyteller's Mission with Zena Dell Lowe, a podcast for artists and storytellers about changing the world for the better through story. New episodes available every Thursday on the podcast app of your choice. www.thestorytellersmissionpodcast.com. Also, check out  The Storyteller's Mission online platform at www.thestorytellersmission.com where you can find classes, services, and resources for writers.

Until then, may you go forth inspired to change the world for the better through story.

Here's my latest article for The Write Conversation, an award-winning blog where I'm a monthly contributor. Click the link to read the full article on the Write Conversation Blog: https://thewriteconversation.blogspot.com/2021/03/creating-heroes-ten-ways-to-reveal.html