Why the World Needs Stories about Heroes - Part 1 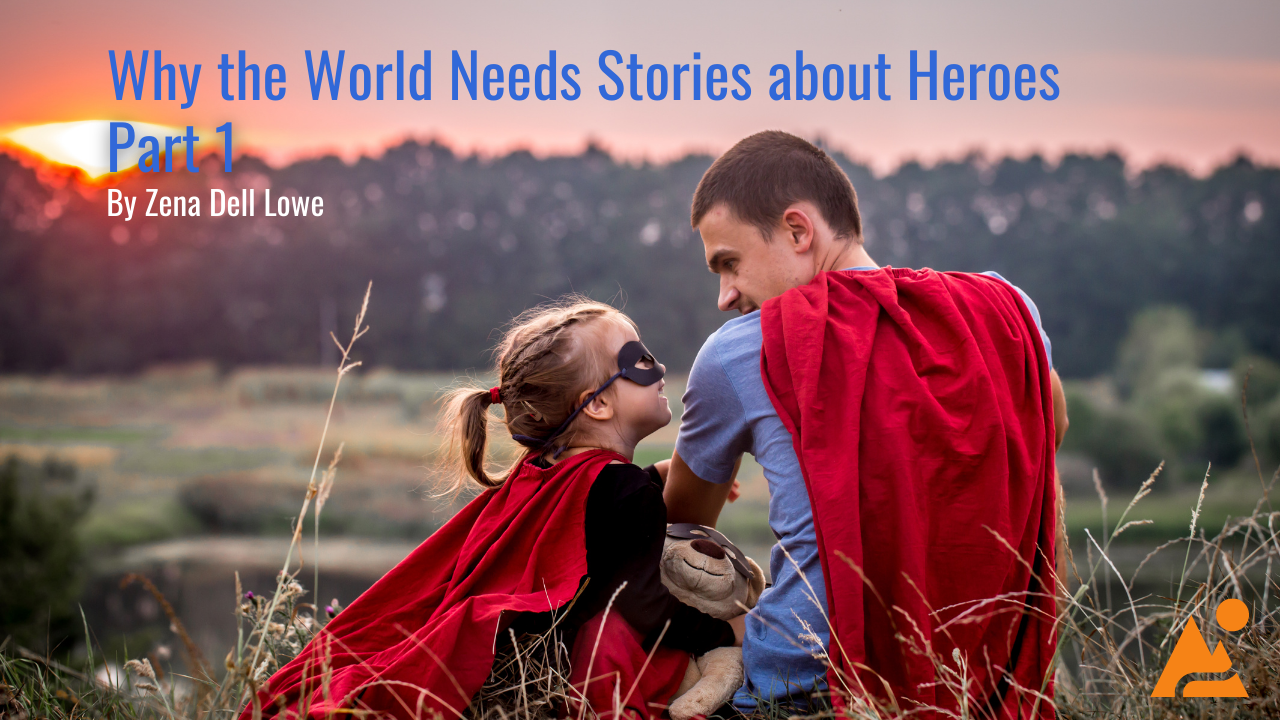 This last week I got a call from a friend of mine who felt trapped in an existential funk. She said she hadn’t been able to write anything over the summer, not because she was out of ideas, but because of everything that’s been happening in the world. She couldn’t reconcile how she was supposed to justify writing her little one woman show based on her own childhood struggles with her complicated mother which impeded her ability to find herself as an adult. And, by the way, you should know that it’s a delightful little piece. It’s funny, poignant, creative and insightful, and yet she hasn’t been able to finish it since, as she said, "What does it matter in light of what's happening in the world? It all just feels so meaningless and self-indulgent."

In the past, I might have launched into my arsenal of proofs to persuade her that story is the most powerful thing on this planet. I’ve spent a considerable amount of time pondering this subject and have developed some well-reasoned arguments to demonstrate the potency of our trade. I have even come to believe that story is as essential to human life as air. After all, stories connect us to other living beings. They teach us empathy, which is arguably the most important human characteristic that individuals in a society can manifest. Without the ability to empathize or understand and relate to someone who is “not us,” there could be no communities among people. There could be no peace or grace. We need stories to live among others and stay alive. Further, stories are the greatest weapon God has given us to penetrate the hearts and minds of people. They are the primary means by which human beings make sense of the world. They give our lives meaning. Without question, stories are important. But while we may know this in a general way, the real question raised by my friend was whether HER story mattered.

What Makes a Story Matter?

Considering all that’s going on in the world today, you might be struggling with this same predicament. The fact is, not all stories are created equal. Some stories matter more than others depending on the type of story it is, the worldview it represents, and its relevance given the “signs of the times.” I’ve expounded on the first two points at length on The Storyteller’s Mission podcast, but the arguments are worth reviewing. I’ve said, for example, that Christians ought not feel pressured to write stories with happy endings, as if that’s the only way to positively impact culture. Indeed, sometimes people need to see the consequences of sin or the logical outcome of someone who refuses to repent. There is room in God’s economy for hopelessness. Not all human beings are redeemed. A story that honestly captures this reality might do far more good for someone than a happy, feel-good story ever could.

Thus, the acid test of a story that matters is NOT whether it ends well, nor does it have anything to do with how “clean” that story appears to be. There’s this pervasive idea among Christians that a story is “good” if it contains no sex, no violence, and no language. In fact, nearly all of Christendom has adopted this faulty method of evaluating stories. But a story isn’t “good” based on what it lacks. A story is good because of what it offers. Insofar as it accurately reflects a true, biblical worldview, then that story is good.

It follows, then, that no genre ought to be off limits, nor should genre play into the question of merit. One genre isn’t “better” or “more important” than another. Every genre has value and serves a purpose, which may be noble depending on the writer’s intentions and ability to express it. For example, I’ve known several writers who love to write comedy, but have felt embarrassed about it. Somehow, they had come to see this genre as being less important than drama, since their primary purpose was to make people laugh. That makes comedy meaningless fluff, right? Try telling that to Charlie Chaplin, whose comedic performances probably saved the lives of countless men and women who had become despondent during the great depression. For Charlie, comedy was not the opposite of serious. It was the opposite of despair. Where there is laughter, there is hope.

It’s all about Worldview

The upshot of all this is that Christians should feel free to write Action, Comedy, Drama, Thriller or Horror – whatever genre they like best and feel they can write well. All genres are available to them just as all subjects are available to them, and neither the genre nor the subject has any particular bearing upon a story’s merit, as long as that story ultimately reflects the truth of the world as God created it. This is the sole acid test of a story’s value – whether or not it accurately portrays a true, biblical worldview. However, there are times in history when a particular type of story offers a unique opportunity to a writer who wishes to maximize his impact on the world. To that end, there is one more category worth exploring: the relevancy of a story given the signs of the times.

Reading the signs of the times

This is the part where I skip ahead and just tell you what kinds of stories I think the world needs right now. Later, I’ll explain why and how and what it all means. But for now, as we reflect on this, it’s important to understand that there are certain times when we need certain types of stories because of what’s happening in the world around us. And what the world needs now are heroes.

We need heroes. We need examples of what it means to rise up against tyranny, to take a stand in the face of certain death, to be courageous and brave and heroic and noble, even when we’re afraid. We need heroes, but we also need a better conception of what a hero actually is or can be. To that end, join me for part two of this series, where we’ll breakdown the question, “What is a hero?”

In the meantime, if you’re writing a story that accurately reflects a biblical Christian worldview, you can rest assured that your story matters. That said, there may be certain types of stories that present a greater opportunity for us to reach others given the signs of the times. What the world needs now are heroes.

Here's my latest article for The Write Conversation, an award-winning blog site where I'm a regular monthly contributor. To read my column for August, click here: WHY DOES THE WORLD NEED STORIES, or simply keep reading below.

What the World Needs Now are Stories about Heroes - Part 1