The Hero's Paradox: Someone Flawed Plus Someone Great 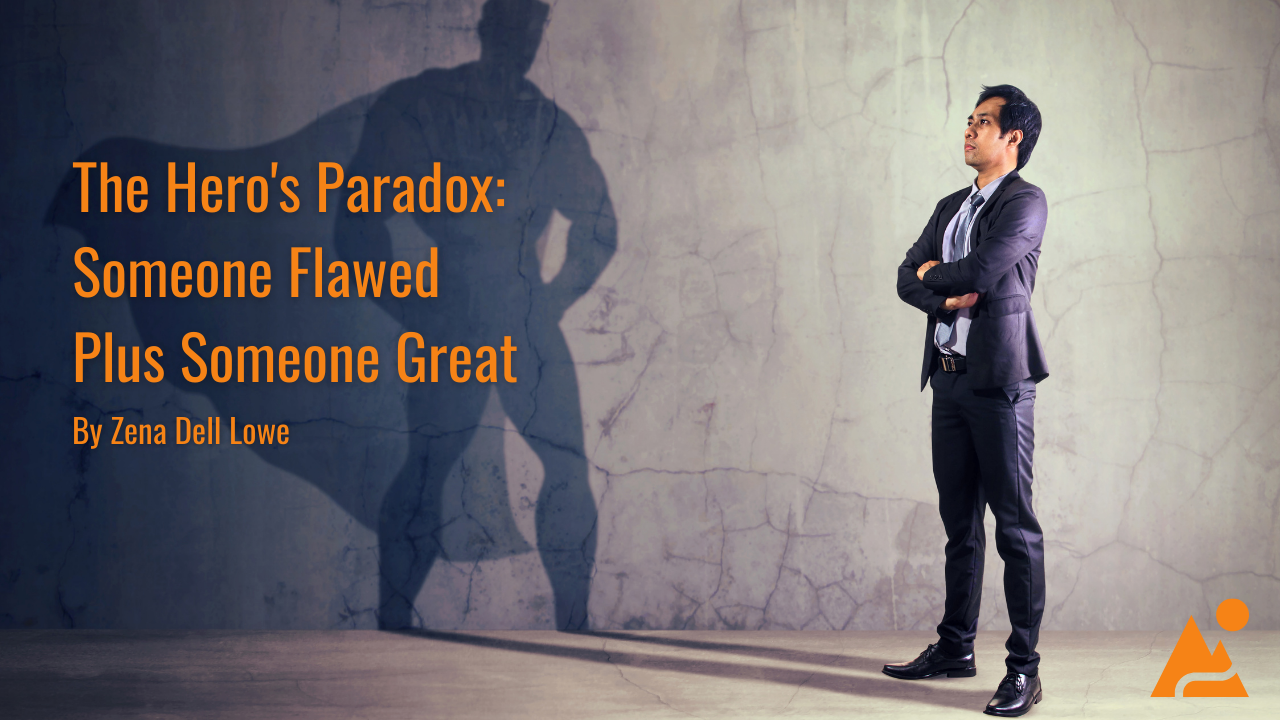 In my last monthly article, I argued that the world needs stories about heroes now more than ever. Why? Because heroes inspire us to be greater than ourselves, to surpass our own limitations or painful life circumstances to truly exhibit heroic qualities. If we didn't have stories about heroes, we would see fewer acts of courage in real life. We would see fewer acts of self-sacrifice, forgiveness, and even love. Now, maybe you don’t think this discussion applies to you because you don’t see yourself as writing stories about heroes. But what if every story is ultimately a hero’s story? As Edgar Watson Howe says, “A boy doesn’t have to go to war to be a hero; he can say he doesn’t like pie when he sees there isn’t enough to go around.”

In other words, no matter what genre, no matter what type of stories you write, all stories reflect the hero’s journey. This means that every single protagonist is a hero in the making. We’ll find out at the end if the character succeeds or fails in becoming a hero, but we must believe at the outset that they at least have the potential to be heroic. But why? What does this mean to us on a practical level? Well, at the very least, it means there are certain personality traits or character flaws that are harder for writers to handle, because certain traits undermine the heroic potential of a character.

For example, a friend of mine tweeted recently that his editor hated his main character because that character was so selfish. Having a selfish character is tricky to pull off because we typically don’t like selfish people. In fact, unless you manage to package that character with a whole lot of other traits that make him palatable, the audience will hate him, even subconsciously, because we know that a trait like selfishness means that he is unworthy – of our time, our devotion, our emotional investment – why should we care about him? The audience needs to have a sufficient reason to emotionally invest in that character’s journey. A characteristic like selfishness undermines the heroic potential of a character and weakens their moral reliability.

Characters should be realistic but not morally compromised. Story heroes must have human weaknesses, but their weaknesses should come from human frailty, not an attachment to sin. Any time our characters become attached to their sinful ways, they’re not just sinners; they’re evil. Therefore, our story heroes should hate their sins and work tirelessly to overcome them. Moreover, they should know what sin looks like. They cannot be confused about what’s good or bad. They cannot be moral relativists. They should agree that certain qualities such as selfishness are evil while other qualities such as selflessness are righteous -- even if they can’t live up to those standards. In their essential core, from which they derive power, they must uphold a consistent moral worldview.

Does this mean that some flaws are off the table? Not necessarily. When you give your protagonist the character flaw of being selfish, for example, it often doesn't work (for all of the reasons stated above). But it doesn’t mean you CAN’T have a character start out as selfish. It just means you must handle this flaw more carefully. For example, one way to make this character flaw work is to justify it. You have to truly justify why your character possesses such an ugly trait in the first place. When we find out their backstory, it should make us think, “Oh, man, they had it rough. No wonder they turned out this way!” Their wounds, trauma, background, etc. are what you use to justify this trait.

The goal is to give the character a deep enough wound to allow the audience to understand WHY they’re like that. But notice what I’m saying here: it doesn’t make the trait okay. Both the audience and the character need to understand that being selfish is still fundamentally wrong. It’s just that since we can understand how they came to be this way, we can offer grace – but only if whatever they’ve been through is sufficient for us to extend that grace. And by the way, “grace” just means “time.” When grace is given in a story, it means that we, the audience, are willing to give that character time to work through their particular flaw. But make no mistake: they can’t keep it. Over the course of the telling, we expect them to work through their core issues to the point that they rid themselves of this quality and finally become heroic in the final act. If they don’t, they can never be heroic, we will stop giving them grace, and we’ll consider them a lost cause.

For example, fear is a by-product of human weakness, not an attachment to sin. Thus, it’s perfectly appropriate for a protagonist to struggle with their need for courage. However, by the end of the story, they must face this weakness in themselves and find a way to overcome it. If they don’t, this, too, would be evil. It would mean they gave into fear and let it overtake them or rob them of their ultimate purpose. They will have either committed a sin of omission (failing to act in a heroic way) or a sin of commission (actively behaving in a cowardly way). This trait, which started out as a mere human weakness, must now be looked upon as evil.

So, whether they possess a character flaw that could be classified as “evil,” or whether it stems from human weakness, both types must be rooted out and destroyed. They need to hate their sin. They need to hate it so badly that they will do anything they can to get rid of it. And if they fail, it means not only that they’ve failed to become the hero they had the potential to be, but they have also succumbed to evil.

All this to say, we need to think carefully about the character flaws we give our protagonists, the purpose for those flaws, and the conclusions our audience may draw as a result of how our characters handle those flaws. Thinking clearly about these issues will not only prevent us from muddying the waters of morality, but it will also help us to tell much better stories.

The Hero’s Paradox: Someone Great + Someone Flawed