The Character Arc: Six Primary Reasons Why Your Character Must Change and Grow 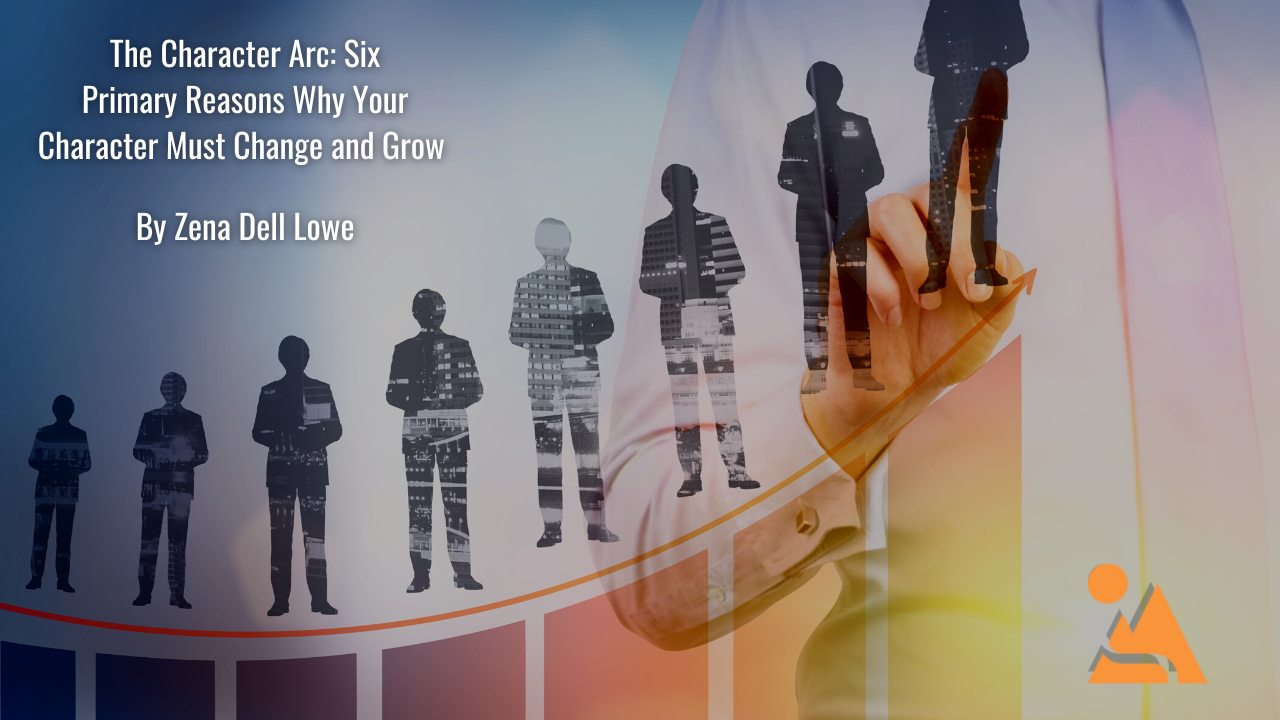 Every story is ultimately about your character's inner transformation. By the end of the story, we expect to see someone who has fundamentally changed over the course of the telling. Plot is just what unfolds according to the choices a character makes in pursuit of some primary objective. But what matters most is your main character’s inner emotional journey, which unfolds according to the unresolved needs and trauma wounds of a character -- whatever plagues his or her heart most.

1. The heart of every story is a personal paradox.

If your main character is a former marine whose entire team was killed under his command, he’s going to suffer terrible guilt and shame even if he wasn’t responsible for their deaths. So, while the plot may center around stopping a terrorist attack on the Sears Tower, the real story is about a man who doesn’t want to lead this mission but who must anyway because he’s the only one who can win. He enters the battle with no confidence in himself, afraid to make hard choices for fear of losing even more men, and yet now even more lives are relying on him. The stakes are high enough that he has no choice but to face his inner demons, and that is why it's a personal paradox. At the end of the day, plot is simply a device that forces the character to face their greatest fears, and thereby allows them to grow.

2. This struggle mirrors our own experience.

Ultimately, your main character must work through issues and overcome fears so that they can step into the person they were always meant to be. This type of journey inevitably creates a bridge to readers because it’s something we can all understand on an intuitive level. As we live out our own lives, we're basically trying to accomplish the same thing, even if on a subconscious level. Like our characters, we must come to terms with our hurts, our rejections, our defects of character, our sufferings, etc., so that we can become our best selves.

3. All human beings are driven by the same primal needs, though not all of us are aware of it.

To be human is to constantly long for deep, intimate connection with other human beings. But also, at the same time, we suffer from a deep fear that we are not enough, that we won't measure up, that others will see that we are lacking. And herein lies the constant struggle of the human condition. We long to be known and we're terrified to be known at one and the same time. And every single one of our stories can be traced back to this internal conflict within ourselves. When we pursue things like money, power, sex, relationships, success—all of these things are just our way of trying to attain the original desire. We come to believe that if we have these things, we will be more desirable, more acceptable, more worthy of other people's love. In fact, one of the hardest things to overcome as a human being is our persistent belief that love must be earned, that if we were only smart enough, or rich enough, or good enough, or pretty enough, or skinny enough, or clever enough, or whatever other quality that we've identified ourselves as lacking, then we will finally be able to receive the love and acceptance that we really need, because we will finally be enough.

4. Characters do what we’re too afraid to do, and on a subconscious level, we're watching to see if it works.

The reason we connect with characters emotionally is that on some level, we know that they are doing what we need to do, or what we want to do but are too afraid to do, lest we fail and find ourselves rejected. So, we’re living through them vicariously in the hopes that we will someday be able to adopt and implement such frightening techniques in our own lives. Their example comforts us because it affirms we're not alone. It inspires us and gives us courage to take action. It gives us hope that true connection and intimacy are possible, which makes us want those things all the more. We connect to characters because we know that we need the same courage that they do to become the person that we were always meant to become.

5. As in real life, we expect people to be transformed by hardship.

Furthermore, characters must grow and change in the face of hardship because this is what happens in real life. Suffering changes people. Hardship transforms us–sometimes for the better, sometimes for the worse. To live is to suffer. Everyone suffers. Suffering is the great equalizer. Suffering is defined as an anguishing experience, which severely affects a person at a psychophysical and existential level. To be affected by it means that we cannot help but to be changed by it in some fundamental way. Our suffering shows up in our lives. It manifests itself in the quality of our relationships to God, to others, and to ourselves. It impacts our bodies as well as our souls. As trauma expert Bessel van der Kolk notes in his book, The Body Keeps the Score, trauma impacts the body on a physiological level. People cannot go through a crucible of suffering and expect to come out unscathed. Pain changes people.

In America, we've adopted this notion that suffering should be avoided at all costs. Even if we know it isn't possible to avoid it or that it isn't even the best practice, the truth is, most of us live our lives trying to avoid anything that might cause us pain. A lot of dysfunctional and unhealthy behaviors emerge from this practice. For example, if it makes us feel uncomfortable to tell the truth, we lie. If it feels unpleasant to address someone else's behavior, we avoid. If it's too scary to share how we really feel, we withdraw. Whatever it takes to avoid the possibility of experiencing pain. But what if suffering wasn't meant to be avoided? What if suffering was, as Mother Teresa claimed, a true gift from God?

6. At the end of the day, every single story is a story about suffering.

This is your gift to the world. Storytellers are on the front lines of the battle for the hearts and minds of the people because we deal with one of the primary issues of mankind -- the problem of suffering – which means your work as a storyteller is important.

So, if you’re a storyteller, stop feeling guilty about practicing your craft. Recognize the importance of your great calling. Story is what helps us make sense of our suffering. And entertainment time is not throwaway time. As Josef Pieper argued, leisure is the basis for culture because it allows for times of contemplation. It’s the basis of culture because in it, we find meaning that then animates the rest of our mostly mundane lives. If we didn't have our escape to entertainment, we would see fewer acts of heroism, courage, or goodness in the real world. Stories inspire us to greatness. They challenge us to be better than we are. So, we need to change our minds about the importance of our work. Entertainment time is not throwaway time. It is the work between the work that allows us to search our hearts and find truth, and all truth leads to God.