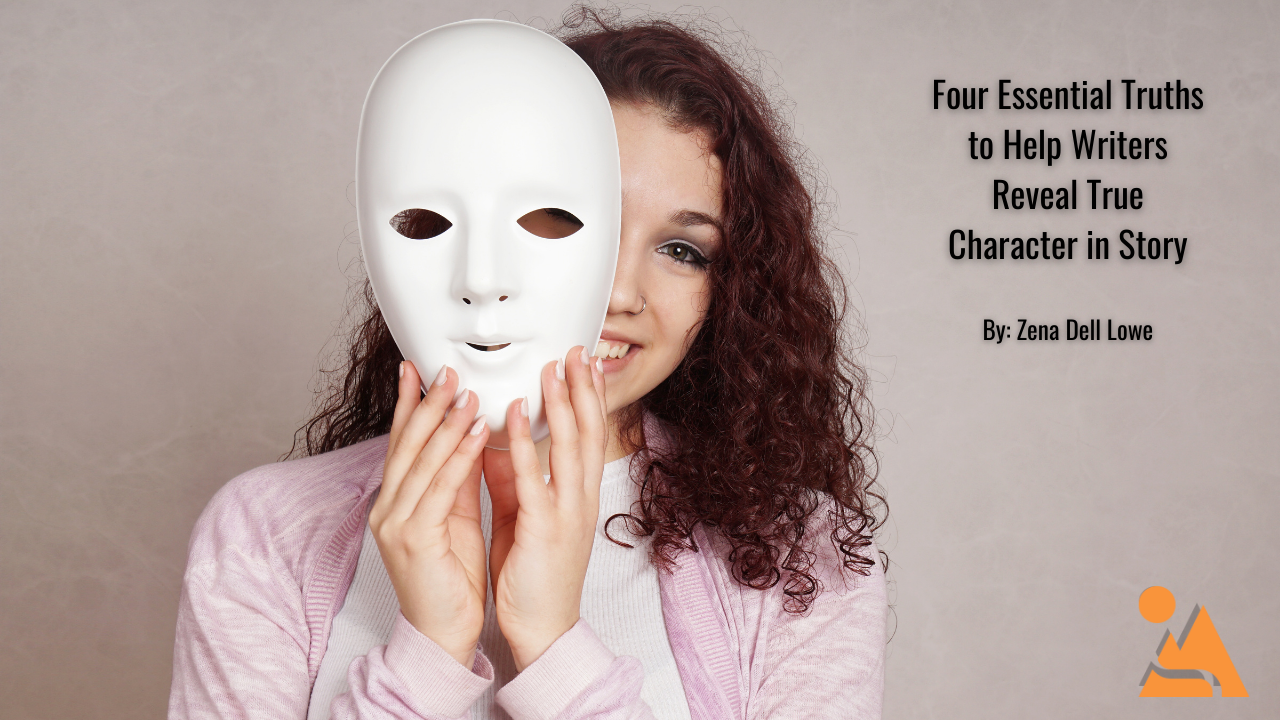 A client called me recently because she couldn't figure out how to reveal to her audience who her character really was at heart. This is one of the most important things we must do as storytellers. We have to find a way to show, and not tell, the essential nature of our main character.

As in real life, when we’re in relationship with others, we want to know who they really are beneath the mask or behind the public persona. We want to know that part of them that they try to hide or conceal to others. Otherwise, we don't really know them. The question is, how, as storytellers, can we reveal those things without simply resorting to direct statements? How do we show that our protagonist is actually kind and tenderhearted, brave or potentially heroic, clever or wily or cunning or shrewd, without actually saying these things?

Who is the protagonist deep down, and how do we show it to our readers? These are perhaps the two most important questions we must ask ourselves at the start of any story. In order to answer or accomplish those questions, there are a few key truths we must first understand.

We spend a lot of time as writers trying to create great characters by giving them certain qualities or characteristics. We come up with rich backstories about their families of origin, what they do for a living, what they look like, how they dress, what kind of house they live in or how much money they make. And while these things are important, this is just characterization. It isn’t actually true character.

By the end of the day, I'd have a nice little list of facts and details about that person's life. I’d know how much education they had. I’d know if they were rich or poor. I’d be able to catelogue their gender, age, height, hair color, sexual preference, what kind of clothes they wear, or what kinds of food they like to eat. With a little research, I could discover their political and religious beliefs, who they voted for, whether or not they attend church. I could even discover any secret habits or weird little mannerisms, whether or not they have nervous tics, or what sorts of coping mechanisms they’ve developed. The list could go on and on, and while all of these things are valuable and may end up playing into the narrative in some way, they are not true character. They are character traits. They are qualities or aspects of that person, but they are not who that person is at their core.

True character is who that person is deep down. It’s their essential nature. Their fundamental, authentic self. And there’s only one way to reveal that kind of information.

A friend of mine used to say, “People are like grapes. When you squeeze them, you see what’s on the inside.” The same is true with people. Anybody can be on their best behavior or pretend to be good, but the minute things start going awry and the pressures start mounting, that’s when we find out who they really are at their core. When people are under stress, patience wears thin. They often blurt things out or lash out or act rashly in response to the stress. With enough spiritual fortitude, a person may be able to navigate the stressful situation with grace. But if the pressure keeps building, if the stressors keeps on coming, you can bet that eventually, they’re going to break.

The fact is, it doesn’t matter who you are or how strong or spiritual you may be. If you’re under enough pressure, eventually, the truth will out. You will snap. And when you do, you’ll return to your default setting – the person you really are deep down, the fundamental you that you’ve worked so hard to overcome. Whatever character flaws you’ve so diligently tried to purge, that’s what we’re going to see. But this is actually good news… for the storyteller, at least.

Again, if people are like grapes, then the best way to expose who they are on the inside is to squeeze them until they pop. To reveal to the audience what your protagonist is made of, you simply create high-pressure scenarios or high-stress situations, and then drop your character into it. This will force them to have to think on their feet. They’ll be forced to make some hard, spur-the-moment choices. It has to be a situation where they must act quickly. They can’t enter into it with a plan. They can't have time to weigh their options or concoct a plan during the moment. They must be forced to improvise. They have to rely on their wits and they have to do it now. This is how you show us what kind of a man or woman they are.

The over-arching principle for you to remember is simply this: True character is revealed by the choices a person makes under pressure. How does your protagonist react to the high-stress situation? What does he choose to do? Whatever actions he takes at that moment reveals to your audience who that character truly is deep down.