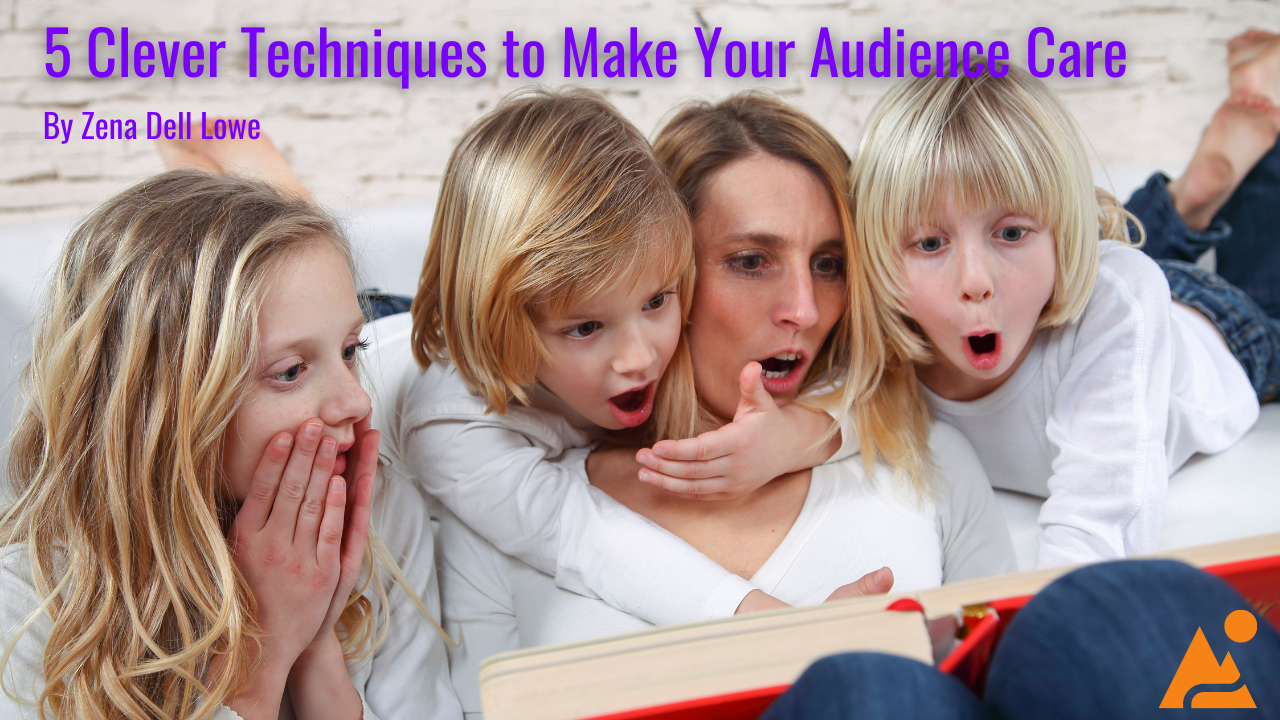 One of the most important skills you can learn as a writer is how to draw your readers into your story and keep them invested all the way to the end. You start by creating a character that is either likeable, sympathetic, or intriguing. But how do you sustain the emotional bond you’ve established between your main character and the audience? How do you make your readers care about your main character’s journey for the rest of the story?

Try using one of these master techniques.

We're attracted to people who are good at something. Could be their jobs, a skill, a talent, some kind of ability that they possess that others around them don't. In The Talented Mr. Ripley, his skill is his uncanny ability to take on the characteristics of whatever kind of person he needs to be. The name of the film even testifies to this: The Talented Mr. Ripley. In As Good as It Gets, Mr. Udall is a wealthy, accomplished novelist. We like that about him. We like him all the better knowing the hardships he must have overcome to attain that level of success. Think of Napoleon Dynamite: “Everybody's got skills.” What made Napoleon so special was his surprisingly impressive moves. That dance sequence at the end was worth its weight in gold. As long as your character is good at something, even if he starts out a dork or a jerk, we will still be attracted to him in some way, because people who are good at something are compelling.

We need to understand that they have pain. No matter how confident they appear, no matter how everyone else in the story views them, the audience loves it when we get to see a glimpse of something that others in the story don't see, especially pain. The key is to pull back the curtain just enough to show us some kind of woundedness beneath the surface. The great equalizer and common denominator of mankind is suffering, so when we see the pain in that person, we can relate, which automatically triggers our empathy. It makes us care. So, show us that there's something your character is hurting over, some wound from the past, some sort of healing that they need or want that they themselves may or may not be aware of, but that the readers can see. This will help forge a bond with the audience and keep us emotionally invested in their story.

This is different than just showing us a vulnerability. I'm talking about showing us that they are not at heart what they seem to be at face. We need to see complexity, that there is more to them than we originally may have thought. It’s easy to dismiss or write off simplistic or one-dimensional characters. It’s much more difficult to dismiss someone who has multiple layers to their personality, regardless of if those layers are good or bad. The villain who nevertheless rescues the homeless dog; the hero who’s too shy to talk to the girl; the mother who takes care of her family with perfection but then slips into the closet to cry.… These are characters we think we know in an instant, but who become immediately more compelling when you reveal something about them that we couldn’t have otherwise surmised. Contrast, complexity, paradox, and depth -- the audience likes to be surprised. Naturally, you have to do the hard work of setting it up so that we're delighted, rather than baffled or confused, by what you’ve revealed. But supposing you've done that, you can bet that the audience just became more deeply invested.

We care about people who care about something. And I'm not talking about puppies or children with cancer, because those are a given. I'm talking about your character being personally invested in something that tugs at their own heartstrings. Maybe it's a cause, or an object of some kind, like a beautiful building or a piece of art at the museum. Maybe it’s another person, like a parent, a sibling, a friend in need. Maybe it's even somebody that everybody else in the world sees as a nuisance, like a belligerent, alcoholic next-door neighbor. It doesn't matter, really, as long as it matters to your character. Having a character who cares about something or someone other than themselves shows the audience that your character is worth caring about. It could be anything, as long as it's a single entity. It can't be something like, “all the whales,” because it needs to be personal and not generic. But provided you do that, you will have a really good chance of making us care about your character.

We love somebody that is able to laugh in the face of hardship -- or better yet, make US laugh. Even if your genre isn’t comedy or the joke isn’t laugh-out-loud funny, a character with a sense of humor in a world full of suffering gives us hope on a subconscious level. John Cleese wrote, “Laughter connects you with people. It's almost impossible to maintain any kind of distance when you're howling with laughter.” And if you’re worried about the possibility of the humor taking away from the “importance” of your story, don’t. Because humor is not the opposite of seriousness. It's the opposite of despair. Using it can give the important stuff even more weight. As Mark Twain said, “The human race has only one really effective weapon, and that is laughter.”  Who could forget Tommy Lee Jones’s portrayal of US Marshal Sam Gerard in The Fugitive? His deadpan humor literally made that film. We loved him AND we took him seriously. Or remember the battle sequences in Braveheart when the characters would be hunkered down and waiting to charge? We'd be on the edge of our seats. Then one of them would crack a joke and our hearts would burst wide open. The fact that they could employ humor in the face of such horrendous circumstances made us love them all the more. Joss Whedon once said, “Make it dark, make it grim, make it tough, but then, for the love of God, tell a joke.” Adding humor is often the key to making the audience connect with a character.

As storytellers, it’s essential that our audiences stay emotionally invested in our characters’ journeys. While there may be many possible ways to accomplish this, these five techniques are among the best. Master these, and you will be well on your way to creating and sustaining a solid emotional bond between your readers and your main character.

Five Clever Techniques for Writers to Make Your Audience Care