The Number One Way to Alienate Your Audience in Story 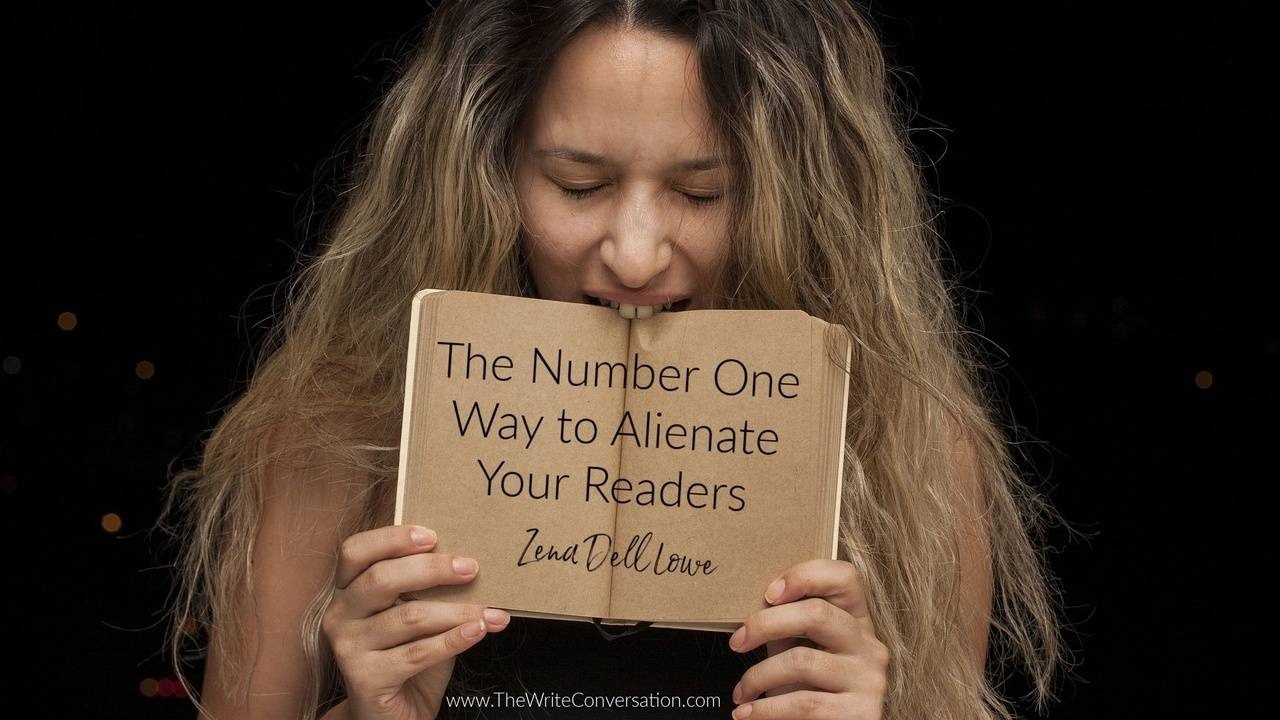 I recently received a private message from a writer friend who said she needed my help. Keep in mind, this gal is already a competent writer. She’s put in the time. She’s learned the tools of her trade. Nevertheless, people just aren’t resonating with her material on an emotional level. She wanted to know why. What’s the root problem? More importantly, can it be fixed?

It's often difficult to put one’s finger on exactly what is and isn’t working in a story. We generally start by trying to fit the problem into one of two categories. Is it a technique issue or is it a content one? Is the writing just not that good or is it the quality of the story itself? This two-pronged approach can seem useful at first, but in many ways, it’s an arbitrary construct. The truth is that content impacts technique and vice versa, so it’s nearly impossible to separate the two, especially when they work together to make up the whole.

In other words, evaluating story feels sort of like opening a Russian doll. Inside the first doll is a second doll and so on and so forth, until you finally arrive at the last, tiny doll, the prize at the center of the whole thing. And each doll is its own separate entity, and yet, each is a part of the whole. One doll cannot be separated from its fellows without the whole thing falling apart, and all of the dolls belong together, collectively making up a single entity, which is the final product we’ve come to know as a Russian doll.

This same principle applies to story. Each story is the culmination of a lot of different component parts that all must add up together to make a solid unified whole. If one of the component parts is missing, it affects the entire thing, which ultimately means that the entire story doesn’t work. This is why it becomes so overwhelming for us to identify and fix the root problems in our stories. How do you isolate just one strand in a sea of overlapping and interconnected parts?  It just feels so big, so hopelessly impossible, that it’s tempting to give it all up.

However, this would be a mistake, because more often than not, the writer is just on the cusp of that breakthrough, that A-HA moment that’s going to make all of the difference in their work. Furthermore, we can actually narrow down the playing field and learn where to look. Thus, instead of giving up and throwing in the towel, I suggest we dig deeper. So long as we’re willing to engage in honest self-appraisal and revise our tactics accordingly, this is a problem that we can rectify.

Now, I’ve had the honor of evaluating a great number of stories over the years, and what I’ve found is that while it's often difficult to put your finger on exactly what's wrong in a story, it almost always comes down to the main character. Somehow, the writer makes the mistake of creating characters who are unbelievable or who lack credibility, which inevitably alienates their readers.

The most common mistake that writers make to alienate their readers:

Creating characters who are unbelievable or who lack credibility.

We have to remember that character IS story. The plot unfolds as a result of the choices a character makes. Moreover, the heart of every story is a personal paradox, meaning that it’s all about whether or not your main character resolves whatever wound or damage he or she needs to overcome over the course of the telling. Furthermore, there’s nothing new under the sun. Every story that could ever possibly be told has already been told in some way. The audience has seen it all before. So, it's not about the story itself. It's about WHO that story is happening to that matters. That’s what makes your audience care. When we do the hard work of self-evaluation, the first thing we have to do is look hard at the characters we’ve created. Are they captivating our audience? How are they falling short? What’s the litmus test here?

In a nutshell, it all comes back to this issue of telling the truth. The writer’s job is, first and foremost, to tell the truth about the world as we know it, and about people as they really are. The acid test of how well you’ve accomplished this is always and forever the same: does it ring true to the audience?

There’s a difference between characterization and true character. Characterization is the list of qualities that I could come up with about a person simply by watching and taking notes. These are your character’s physically observable attributes, like what they look like, where they go for lunch, who they spend time with, etc. True character, on the other hand, is revealed by the choices a character makes under pressure.

This is important because the characterizations you give your characters must make sense in terms of what your character accomplishes in the story. You must give your characters the characterizations necessary for them to be able to pull off whatever it is that they’re supposed to be able to do. They must be old enough or young enough, or worldly or naive enough, or confident or insecure enough, to say or do whatever it is that they say or do, all in the right proportions. The upshot is that we have to believe a character could or would do whatever they end up doing, which means they need to possess the right characteristics to convince the audience that their actions are credible.

If your story doesn’t seem to be resonating with your readers, start here. Check to see if there’s anything about your characters that just seems impossible for the audience to believe. Violating credibility is the fastest way to disillusion your audience. We want to believe, so make sure you’ve given us everything we need to be able to willingly suspend our disbelief.

For more tips like this, check out The Storyteller's Mission with Zena Dell Lowe, a podcast for artists and storytellers about changing the world for the better through story. New episodes available every Thursday on the podcast app of your choice. www.thestorytellersmissionpodcast.com.

The Number One Way to Alienate Your Readers