Writers: Avoid This Way of Confusing Your Audience in Story 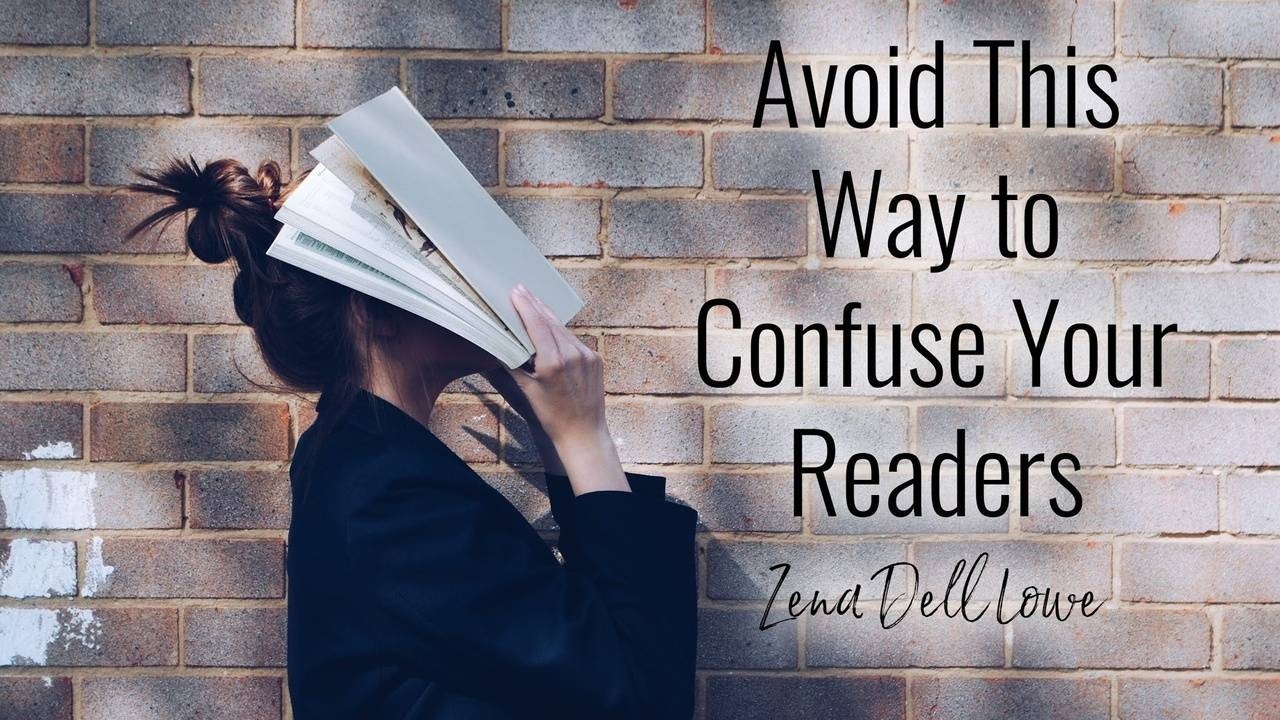 One of the things we don’t talk about enough in writing is how easy it is to accidentally confuse the reader. Have you ever been trucking along, totally engrossed in a story, and then all of a sudden, you stumble across a paragraph or a sentence that makes you go, “Huh?” When this happens, it immediately yanks the reader out of the story. And that’s a bad thing. Of course, sometimes this happens because we have made the error – perhaps we’ve been reading too fast and so we missed a key word or clue. If this is the case, it’s easy enough to correct. We simply go back a few lines, re-read that section more carefully, and if it makes sense to us now, we simply move forward in the story, no harm, no foul. But if the problem resides with the writer/writing, well, it’s another matter completely.

It could be argued that one of the main duties of a writer is to make sure that he or she writes in such a way as to keep the reader engaged and invested in the story. It’s essential that we do everything possible to keep our readers “in” it. We never want them to be taken out of it. And nothing takes a reader out of a story faster than confusion. The moment we find ourselves confused, we have already checked out of the story.

The good news is that many of these “confusion causing” mistakes can be avoided. Today, I’d like to point out a few of the more common ones that I consistently see in the work I’m critiquing and reviewing. Hopefully, this may help you to avoid these same pitfalls in your own work.

One surefire way to confuse your audience is to fail to clarify who “he” or “she” is in the text.

I read a novel recently about two sisters who were going through some kind of life crisis together. The story was told in third person, and, not surprisingly, the sisters shared many of the scenes together. However, the author kept using the reference “she” in the body of the narrative, but often failed to clarify which of the two female characters “she” meant. The text would read something like:

"Oh, sure. Go ahead and judge me. Not like you've never done that before," Mary said.

"Would you please stop being so paranoid?” Jo responded. “I thought you got over that in the eighth grade."

She scowled, her hands clasping involuntarily into a fist.

Do you see the problem here? As the reader, I don’t know who “she” is. Maybe it’s Jo since Jo was the last character to speak, but maybe it’s Mary’s response to Jo. The context gives no help since the description could apply equally to each character. So it’s unclear to me which sister is doing the scowling and involuntarily clasping her hands into fists.

Now, here's the thing. Since I don’t know which sister is doing these things, I’m frustrated (and by the way, frustrating the reader is generally considered a bad thing in storytelling). However, not only am I frustrated, but I also feel lost. I feel like I’m not tracking with the story anymore, which makes me feel like giving up. Furthermore, as the reader, I know this action by the character, however small it may be, is still very important, because whoever’s doing that action, she's the one I'm supposed to emotionally connect to – she’s the one with whom I’m meant to empathize.

So, what do I do? I’ll be like, "Wait, who was that? Which one was that?" And then I’ll go back to try to figure it out. But by then, I'm already out of the story. As with anything in life, you want to keep up the momentum. You want to keep things flowing. You want to keep your reader in it. You don't want to disrupt the flow of the story by confusing your audience with an unclear reference, especially when there’s such a simple way for you to avoid it.

The best and simplest solution is to find a way to reference the character's name. If the character is Mary, then simply write, “Mary scowled, clasping her hands into involuntary fists.” Or, if “she” threw a glass of water at the wall, then write, “Jo threw a glass of water at the wall.” Or, “Zena scrunched up her face and screeched like monkey,” or whatever the case may be. The point is, it’s better to be explicit in this case than to be vague and confusing. If it’s Zena who’s doing these things, let us know it's Zena.

Now, if you start saying their names too often, I understand that it can start to sound redundant. So, the solution to that is to give a character a particular identifying trait, and then to refer to that, or, alternatively, if the observation is being made by one character, then find a nickname for the other character that the first character refers to him or her by - particularly if it's negative.

For example, in my children's fantasy novel, my main character is Percy. This means that the scenes are always told from Percy’s point of view. Since he’s the one through whom the story is told, he often refers to Wilbur, another character in the story, as “the little fool” or “the naive dolt,” or whatever the case may be. Consequently, I can substitute Wilbur’s name with this kind of phrase. I can write, "the little idiot," instead of saying Wilber's name. If you know whose character the point of view the story is being told through (and it should be your main character’s), even if the story is told in third person, you can still reference the character appropriately. So, with the two gals in the example above, maybe one of them thinks of the other one as "the great prissy prune."  Now, instead of saying that character’s name, I can simply write, “The prissy prune twitched, her mouth set tight...,” which, as an added bonus,  does the double work of alerting us to the main character’s inner emotional state.

All this to say, one of the primary ways that writers confuse readers is by using an unclear reference, which can be avoided by employing one of the two tactics described above. Next time, I’ll address another common mistake that causes the reader to be confused. Until then, “I hope this has been helpful,” she said.

Check out my latest article for The Write Conversation, an award-winning blog site where I'm a regular monthly contributor. Click the title to read my April, 2021, article, AVOID THIS WAY OF CONFUSING YOUR AUDIENCE on the Write Conversation site, or keep reading here:

Ways to Confuse Your Audience

(which you probably want to avoid)